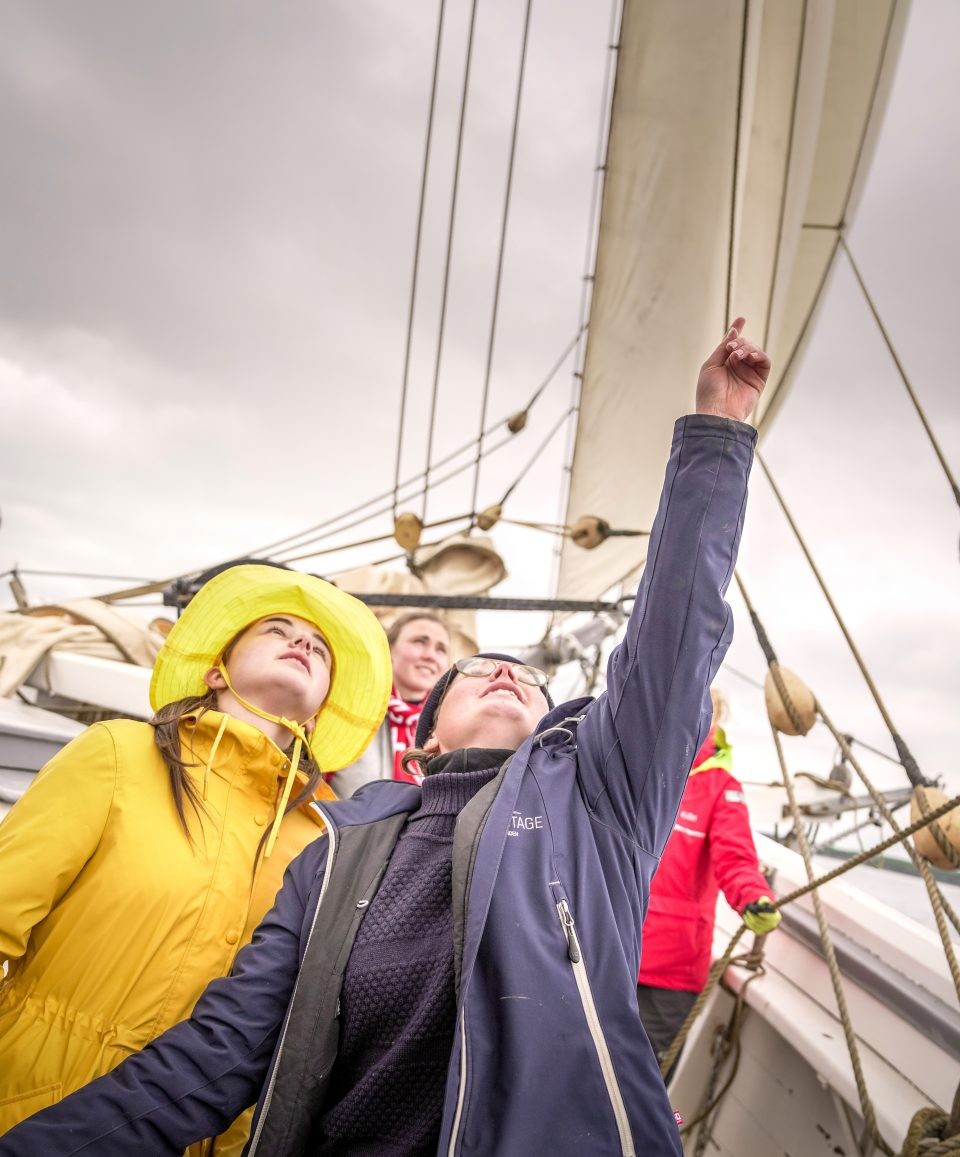 Most weeks during the sailing season school class sail Fulton. We offer 5-day trips to ordinary school classes, where students take part in all kinds of practical work. For example hoisting the sails, cooking dinner, cleaning and night shifts. Danish Sail Training Association (DSTA) join us a couple of times a year. When they are on board we increase focus on tall ship sail training and practical seamanship.

On Fulton a small group of vulnerable youngsters also work to find a good direction in life. We offer young people with different kinds of difficulties to live on board for longer periods of time. While on board the youngsters work side by side with the crew. Where we work to improve their skills as well as their belief in own abilities. Our wish is to motivate to education or employment and finaly enable youngsters to live a fulfilled life.

The organization “Fulton Fonden” takes care of the daily operations and maintenance of the ship. While we work under the motto: “We work together to make good days for each other”. Even though Fulton of Marstal is owned by the Danish National Museum.

Sailing a tall ship like Fulton feels like a journey through time, where maritime history is present and relevant. Standing on the deck, it is easy to picture working life on ships like Fulton 100 years ago.

These ships carried cargo to large parts of the world in the 19th century. Danish shipping today is based on the seamanship that was founded on board small, tall ships like Fulton, where thousands of sailors lived and worked on board under primitive conditions and in all kinds of weather.

Transporting cargo of dried and salted cod from Newfoundland near Canada to southern Europe was very attractive in the early 1900s and payment was good. On this route, small tall ships could still compete with the more reliable steamships, for whom waiting was expensive. The salted and dried cod was popular in the Catholic countries in the Mediterranean, where no meat was eaten during fasting. The ships loaded the fish from natural harbors in Newfoundland, where it could take weeks before the ship was fully loaded. Waiting time was spent maintaining the ship.

Before loading the fish, the cargo hold was cleaned, branches of spruce were laid down beside the keel, which left the bottom in level. Bottom and sides were covered by dense layers of birch bark to protect the fish from rusty nails. Wooden carts, each loaded with 50 kg of fish, was carried on board by two men. Carefully the fish was stacked in horizontal rows, where each fish covered 4/5 of the previous one. To ensure a stable load on the journey and fish in good condition when unloaded.